When did Texas Deregulate its Electricity Market?

Texas Senate Bill 7 Deregulated the Texas electricity market on January 1, 2002. It called for deregulation to be phased in over several years. This provided 85% of Texans with access to competitive electricity suppliers. The major cities of Houston, Dallas/Ft Worth, Midland/ Odessa, Corpus Christi, and Abilene are deregulated. However, cities such as Austin, San Antonio, El Paso, Lubbock, and areas operating with Co-ops remain regulated and have no electricity choice.

Deregulation provides for three entities in the market. Generators, TDSPs and Retailers (REPs). Generators are private or investor-owned entities that provide wholesale electricity generated by Coal, Natural Gas, Nuclear, Wind, Hydro, Solar, etc. These entities are regulated by The Texas PUC and overseen by ERCOT (The Grid Operator).

TDSPs (Transmission Distribution Service Providers) provide and maintain the “Poles and Wires” from Generators to the end user. TDSPs maintain the infrastructure and systems to get energy to your home. Examples of these are Oncor in the Dallas Fort Worth Area, Centerpoint in Houston and AEP in North and South Texas.

In Texas, retail electricity providers (REPs) “Take Ownership” of wholesale electricity, mark up the price based on their costs to serve, and sell to residential and commercial customers. Texas REPs bill and serve the customer.

The Texas Electricity Grid is operated by the Electric Reliability Council of Texas (ERCOT) whose job is to “Keep the Lights On '' They do this by forecasting and managing generation on the ERCOT electricity grid on an hourly, weekly and monthly basis. Weather is the biggest factor when managing the ERCOT grid. Specifically hot, humid weather during the summer months. ERCOT also manages local and regional weather events such as hurricanes, hail storms, and tornadoes. These events require understanding the hour by hour energy demand throughout the state, scheduling generation and maintenance shutdowns, while maintaining a reserve capacity, should a generator go offline or fail. The system has proven to be robust over the last 20 years, but in February, 2021 Winter storm Uri, exposed the fragility of the Texas Electricity grid, when temperatures plunged and ice storms froze gas and water lines taking hundreds of power plants offline, during the coldest period in decades. The tragic loss of life and financial damages of Uri will take years to unwind.

To encourage switches away from incumbents, SB7 required from 2002 to Jan 1, 2007 incumbents (Reliant, TXU and others) would be required to keep their prices at a pre-set “Price to Beat” level. New market entrants were allowed to set their prices at or below the ”Price to beat” to gain market share and avoid monopolization by incumbents. In 2007 these price caps came off and full deregulation began.

In the 20 years since deregulation, according to the EIA, Texas has led the U.S. in low energy prices, much of this has been related to the cost of natural gas - the main feedstock for electric generation. Since 2010, Texas Electricity prices have remained about 17% under the national average. 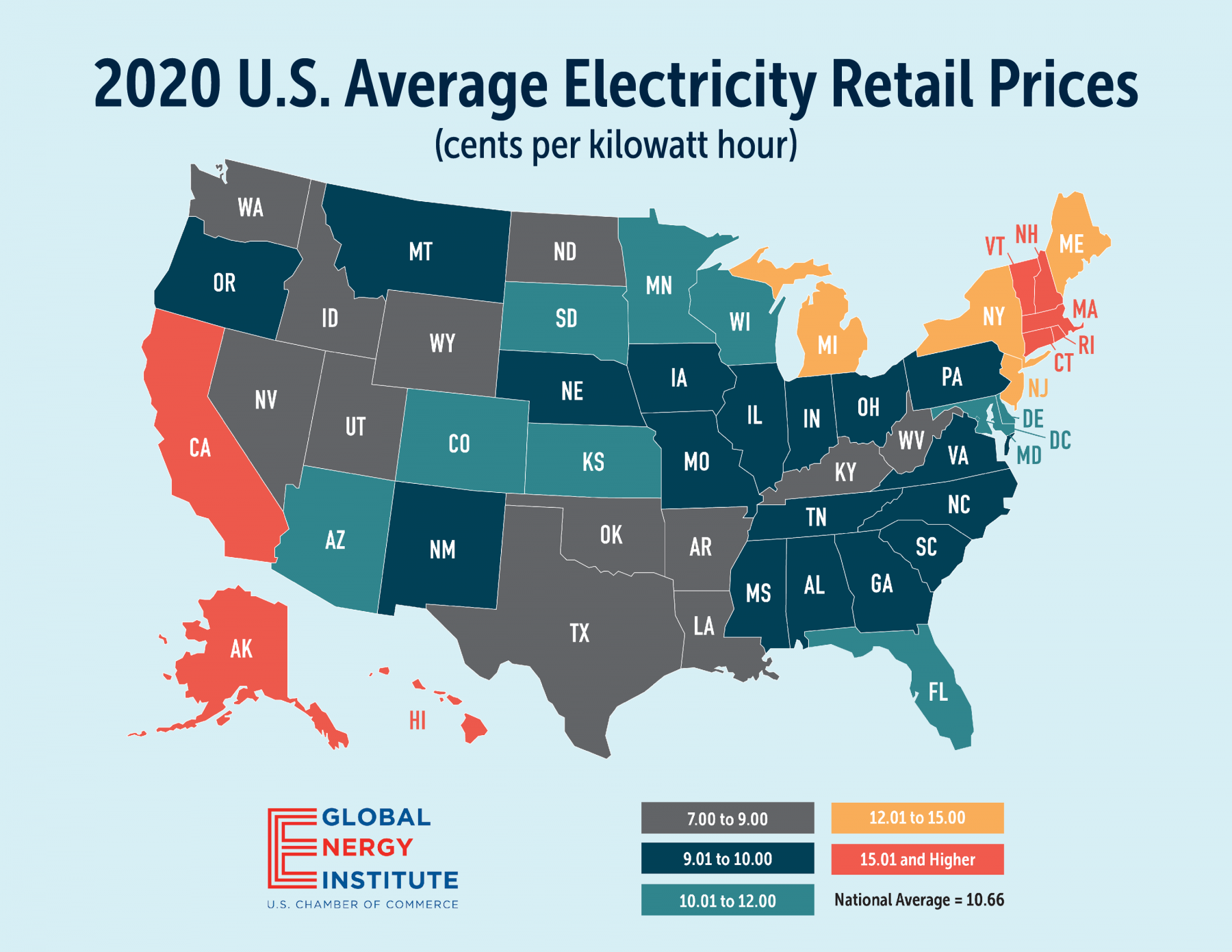 Electricity Deregulation in Texas has been an enormous benefit to Texas and the environment. Texas leads the way in Energy generated by wind, with peak days providing up to 40% of the electricity used in the state. The wide open spaces of West Texas provide vast opportunities for solar developments At the same time, Coal usage has diminished, natural gas (the cleanest fuel) use has increased and prices have remained low despite inflation over the last 20 years. Moreover, Texas Electricity Choice has provided a platform for cutomers to actively support green energy expansion, through Green Energy Plans, which directly support building of green energy infrastruvture via renewable energy credits.

The Power to Choose

The Texas PUC launched the Power to Choose in 2002 to encourage switching in the Texas electricity marketplace. Initially, companies aimed to beat the “Price to Beat” and win customers away from the Incumbent providers (Reliant, TXU, etc.)

Since 2002 over 100 retail marketers have entered the Texas market to provide electricity service.

In this environment, electricity companies looking to find opportunities use the random usage levels of 500, 1000, and 2000 kWh to “game the system” to appear to have the best price, while any usage above or below the set level is billed at a higher amount. For example The 6.7 rate at 1000 kWh usage above jumps to 16.4 at 500 kWh ( Penalizing you for using less and then penalizing you at 11.0 at 2000 kWh for using more!) You can’t win. That’s where Texas Electricity Ratings steps in. We rank, rate and analyse providers, rates and plans, because at the end of the day, you don’t want a massive surprise electricity bill, you want a fair deal.

Other Power to Choose Resources

Texas Deregulation and Your Power to Choose

Who Has the Power to Choose