As someone who works in the retail electricity industry, I definitely had my reservations about Griddy. Not the concept or the technology, but the way they’ve been marketing it. But I definitely was curious to see what all the hype was about, and more importantly, whether Griddy lived up to the hype. 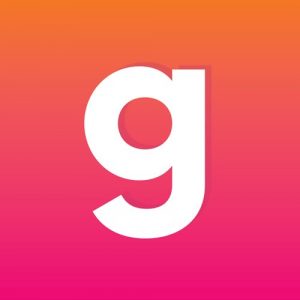 Griddy is a pretty simple concept to understand. Basically, they pass through ALL energy charges to the customer in real time. More traditional Texas electricity plans buy energy well in advance, months out, and then sell plans based on a rate that makes sense to them based on the energy they purchased in advance. This involves energy traders, and cost models, and all kinds of hedges for volatility, etc. Griddy does none of that, it simply allows customers to be the energy at the wholesale rate in real time. It’s a pretty interesting concept, especially when you take into account that most of the time the wholesale rates are a fraction of the rates displayed in traditional electricity plans. Since Griddy is a pass through service, they make money by charging their members $9.99 a month to use Griddy. Regular electricity companies build their profit into the rate plans they sell customers.

My hesitations with Griddy had nothing to do with their technology, however. What bothered me was their messaging. They talk about savings, but in a marketplace not everyone understands how deregulated electricity in Texas works to begin, the people who understand the intricacies of spot pricing on the wholesale market and how it relates to their bills would be an even smaller percentage of folks. And since they are the first service of their kind, there was a huge potential for customer confusion when they’re used to traditional electricity plans where there is zero risk being passed onto them from the electricity companies  What that risk translates to is hard to quantify in terms of money, but customers used to a $100 bill could be looking at $4-500 bills, in theory. Are the customers Griddy is cultivating, often young tech savvy folks, able to swallow several hundred dollars extra on a bill if they’re living on a budget? One thing I did know is that ERCOT forecasts were forecasting a very hot summer and high demand, so this might be a great summer to experience the highs and potential lows of being a Griddy customer.

The first few months with Griddy were fine, oftentimes advertising a wholesale electricity rate of 1-2 cents, which is a great rate. But I was a bit confused when I’d look at their account statements that showed an “all-in rate” of between 6-7 cents, depending on the month. I read further, and realized his included the TDSP transmission fees, taxes, and Griddy’s $9.99 monthly subscription fee. This is no different than looking at an Electricity Facts Label (EFL) and seeing the difference between the all-in rate, and the energy rate. And that’s fine, it just took me a minute to figure it out, because honestly, seeing a 6-7 cent rate on my account statement when standard electricity plans are offering all-in rates between 7-9 cents just didn’t feel like that much of a savings to me.

But my real gripe with Griddy is under the Savings section of their app and website. That tab highlights the savings my individual usage and rates against what the “Average Texan” paid for that period of time. I found this section to be completely disingenuous. Why? Because Griddy is using basic EIA data (Energy Information Administration www.eia.gov). The problem with EIA data is that it looks at the entire state of Texas at the highest level. That means that every regulated area of Texas (Austin, San Antonio, The Woodlands), every single rural Co-Op, as well as every customer paying 20 cents because they’ve never shopped for an electricity provider and stuck with their former incumbent provider (TXU, Reliant) are all mixed into that average. That isn’t a true representation of what is available on the free market in deregulated areas. It’s deceptive at best, disingenuous at worst. A fair comparison of savings are what someone would be paying in deregulated markets only if they were shopping for the best deals available. The rub is, that would be EXTREMELY hard to pinpoint, and make graphs and comparison charts for customers, because it would require people to always be re-calculating what was available daily because rates are always changing, or new plans being released, etc. So I understand why Griddy used EIA data. But the savings it shows are completely inaccurate compared to anyone who shops the Texas electricity market. In short, I’m not sure that Griddy customers are saving all that much money, certainly not as much as those graphs show. And those potentially false savings create a false narrative that really compounds things when Texas real time electricity prices explode. Which brings me to…

While a customer of Griddy, things went exactly as I expected. Of course, reading the recent blowback by Griddy users because of summer heat causing soaring electricity bills, it is safe to say that things did NOT go exactly the way most Griddy customers expected. The anger and backlash has been swift and fierce as people were unexpectedly hit with massive charges to their accounts. Which is another giant issue with the Griddy model. Griddy doesn’t send traditional bills to customers. They just hit a customers credit card, and then hit it again when that $50 runs out. Which means that when things get really expensive, and they did, customers might be getting charged 2-3 times a day, and are suddenly hit with hundreds of dollars on a credit or debit card before they even know what was happening.

And that was my experience as well. From August 1st through August 15th, my usage was 990 kWh. My average cost per kWh was 30.7 cents. That’s four times as expensive as the traditional plans available on our website right now. Those 15 days cost me $303.54.

To be perfectly clear, I live in a 2,000 square foot home, and my August bill last year with Gexa, the highest I’d ever had in my new home, was $180, or approximately $5.80 a day. So for half of one month, Griddy already cost me 60% more than my entire August last year. Griddy cost me about $25.30 a day, or an extra $19.50 a day over a traditional electricity plan. I was on pace for a $600 bill for August if I hadn’t cancelled Griddy. Between the two days of August 14th and 15th, Griddy charged my account twice each day for a total of $196. Honestly, as I write this it is another scorching day in Texas, my bill could have easily been well over a thousand dollars, if this weather continues for just another 7 days. My $600 estimate is actually extremely conservative.

Griddy is a solid product, and it brings something new to the market, but at the end of the day, I don’t think I’m saving as much as they claim I’m saving versus the opportunities in a competitive electricity marketplace. And that’s if everything goes PERFECTLY. While their savings seem overstated, what isn’t overstated is how much Griddy cost me for 2 weeks in August. If I had stayed with them for an entire month, it would have been disastrous. I’m certain a number of people were not as lucky as I was, honestly.

Is Griddy a great tool? It can be. But to really maximize it, you need to have smart devices to be able to control your consumption because of price spikes, you need to be the kind of person who enjoys doing things like this to maximize savings, and most importantly you need the disposable income to be able to withstand massive bills that could be hundreds or thousands of dollars during the summer months in Texas. If one or more of those things aren’t true, well, then Griddy is probably a bad option for you. Overstated savings and overwhelmingly large bills don’t compete with a predictable, risk-free fixed electricity plan, at least not for myself. Griddy is extremely trendy with lots of younger consumers as well. I hope too many of them haven’t been crushed by this summer in Texas.

I’ve included some additional stories from other news outlets discussing the summer disaster for Griddy customers below if anyone wants to continue their research.