Compare 4Change Energy Plans, and Rates to Save

4Change Energy is a retail electricity provider that serves residential customers across Texas. 4Change was built for customers who think electricity should be easy and who care about their community. Their self-service platform and EZ Pay program make it easy to be a customer. The fact that they give 4% of annual profits to local charities means that customers are giving back to their communities every time they turn on a light. Upon enrollment, customers can choose to support one of the following charities:

From its start in 2012, 4Change Energy set out to provide cheap electricity to its customers while giving back to their Texas communities. Headquartered in Dallas, the company contributes 4% of their profits on their customers' behalf to the American Red Cross, American Cancer Society, Heroes for Children and Feeding Texas. In 2016, the company came under the control of Vistra Energy and is now part of its Value Based Brands subsidiary.

Over the years, 4Change Energy has consistently won numerous customer trust and satisfaction awards. Most recently its high ratings for customer satisfaction with billing, payment and customer service got it named to the top ten in Escalent's 2020 and 2021 Texas REP Trusted Brand survey and in 2019 was rated the #2 Most Trusted Provider.

4Change Energy currently has 4 plans available on our site.

The overall score for 4Change Energy is 3.99. Their best category was Community where they earned a score of 4.77, while their worst rating came in at 2.48 in Market Perception. More detailed information on these ratings is available on our 4Change Energy Rating Detail page.

4Change Energy earned a Silver Award in our most recent semi-annual rating process with an overall rating of 3.99

Texas Electricity Ratings's Silver Tier providers are tremendous Texas electric companies. They all combine great customer service, lots of different plan offerings, and great communication from their companies to their customers and communities. If you select a plan from one of these providers you can be confident that you're selecting a great company with a good track record.

Texas electricity deregulation, and Retail Electricity Providers can be complicated.

To answer your frequently asked questions about 4Change Energy read on.

What is the cheapest electricity plan that 4Change Energy has?

The cheapest 4Change Energy plan is One Rate 24 with a rate starting at 17.9¢ per kWh. Customers of 4Change Energy can expect their average bill to fall around $168 per month on this plan. This plan's early termination fee is $20 per month remaining. This is a 24 month plan.

Where can I order 4Change Energy electricity?

You can find 4 plans starting at 10.9¢/kWh on our 4Change Energy plans and products page.

What do customers think about 4Change Energy?

Why is my electricity rate higher than when I signed up?

The rate you see when you sign up is the average rate at that exact amount of usage in one billing cycle.

Some companies try to game the system by applying bill credits between certain usage thresholds. It works great if you are within the margins, but as soon as you leave that band you no longer get that bill credit and your rate per kWh can double. The PUC only requires that companies disclose their average rates at 500, 1000, and 2000 kWhs. Companies can get around this by giving you a $50 bill credit if you use between 1000 and 2000 kWhs per billing cycle.

The only way to really know what you're getting into is to read your EFL. A 10¢ rate at all usage amounts may end up being cheaper than that 8¢ rate at 1,000 kWh!

What are the cheapest natural gas plans that 4Change Energy has?

This retailer does not offer any natural gas plans in your area at this time.

Does 4Change Energy have no-deposit plans?

What if I'm interested in buying 4Change Energy's energy plans?

We currently do not offer any 4Change Energy plans at this time.

What companies are similar to 4Change Energy?

Here is an overview of these two:

4Change Energy has a customer rating of 3.8/5.0 stars (this is out of 830 reviews). This score is calculated by averaging the total number of reviews in our website.

What are some good companies in my area?

In , Texas there is:

What are some cheap electricity plans in my area?

The most affordable electricity plans in , Texas are:

How much do electricity plans cost per month?

The monthly bill will vary by season (with the winter and summer seasons being the more expensive periods) and the size of your home. In 2022 in , Texas, the average electricity plan rate is 0¢/kWh. On average, that means


You can price electricity plans in your area here.

These are a few plans that we think you'll like. We also have a more detailed listing of all TX plans for 4Change Energy, or you can use our 4Change Energy Rate Comparison Page to find a great deal

4Change Energy In The Community

G4Change Energy was founded on the idea to do something that's good for your wallet and your neighbors. That's why the company contributes 4% of its profits to charity. After its founding in 2012, the company polled a large group of local electricity customers to find the four stand-out causes to contribute to: the American Red Cross, American Cancer Society, Heroes for Children, and Feeding Texas.

Since 2004, Heroes for Children has provided $7 million to over 7000 Texas families in need to help their children battle cancer. 4Change started participating as a booth sponsor for Heroes for Children Heart of Gold 5k and Fun Run in 2016. In 2021, 4Change joined other corporate sponsors at the $10,000 + level to help increase hospital budgets.

When hurricanes and other disasters hit Texans, the the American Red Cross is there to help. As a Ready 365 Giving Circle Member, 4Change Energy supports the Red Cross North Texas Region with about $10,000 per year.

How do I get the Cheapest 4Change Energy Rate?

There are four basic steps

We've created a step by step guide to help you get the cheapest electricity rate. Or you can use our Bill Calculator tool.

Unsure about how to decipher your 4Change Energy bill?

Check out our How to Understand your 4Change Energy Bill page where you can get information on what the various charges and fees mean.

Of all the things to be relied on in today's America, change is the only one that can be counted on. Therefore, in the long run it is obvious that my financial situation will also, and so will 4Change Energy, so why worry about energy when in the long run it will all balance out.

On the baseball diamond, a shortstop must be able to pivot in an instant. At the crack of the bat and the flash of the ball’s reddish white blur, the fielder turns to make the play. When it comes to retail electricity plans, your ability to pivot to a new one may be your best play. But an early termination fee, or ETF, can stand in your way of switching to a new electricity plan. However, some plans have very reasonable ETFs. These plans can give you the flexibility to make a move that will save you more cash over time. Let's check out these low ETF rate 12-month plans that won’t hamper your ability to play the field.

The Pulse Power Texas Saver 12 and the New Power Texas Power of Credit 12 plans have nearly identical electricity facts labels. Both plans advertise a reasonably competitive rate of 8.0 cents per kWh. While most of today’s plans have early termination fees of at least $150, these plans weigh in at $125. No matter how early you terminate your contract, you pay that $125.It's sometimes argued that ETF rates which stay constant may cost you less over the long term -- IF you leave the plan soon after starting it and IF you switch to a plan with a much lower rate. Unfortunately, that's also easier said than done.

Sometimes retail electricity companies structure their early termination fees differently. Rather than a flat fee, they charge an amount for each month left on a customer’s contract period. As a result, for each month you remain with your provider, the less you will need to pay to leave the plan early. Typically, the last two months will have a low enough ETF rate that makes it less costly to leave early. That’s how the ETF works on the 4Change Energy Maxx Saver 12 plan. This plan’s average price is 8.8 cents. The ETF rate for this plan is $20 for each month remaining on the contract. Let’s spin this forward in a practical example. Say you sign up for this plan now and want to switch when prices typically drop around April. You’d be about five months into your contract which means you would pay $20 for each of the seven months remaining on your contract. That factors to a $140 early termination fee. Will the savings on a new plan be worth it at that point? That depends on how low the new plan's price is.

If you decide not to switch plans and therefore spare yourself from the ETF, you still need to shop for Texas electricity. Just before your plan ends, you should find a new plan to suit your electricity usage needs. If you don’t, your retail provider will move you to a variable rate plan. So you definitely want to lock in a new plan to avoid fluctuating -- and often high -- prices.

Shopping electricity rates helps you keep your eye on the ball. Sure, you probably want to switch plans now, or you may want to switch again later when you decide coughing up the ETF is worth it. Either way, you can find the best Texas electricity plans on https://www.texaselectricityratings.com. Switching is easy because it takes just a few pieces of information and a few clicks. Then, you let the savings roll in. 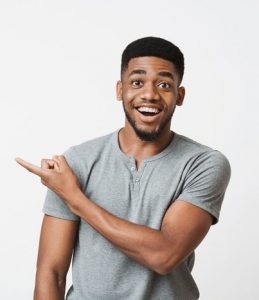 With Texas electric rates rising, you need to find out who has cheap bill credit plans that add up to savings!
[/caption]

Who Has the Cheapest Bill Credit Plan in Irving?

Which Bill Credit Electric Plan Is the Cheapest?

What to Do When Your Electricity Contract Ends

Whatever you do, don't let your contract end without choosing a new plan or extending your contract. Otherwise, your provider places you onto a default renewal product. These are variable rate plans with very expensive electricity rates. But don't worry. As an Oncor customer, you are free to shop and compare electricity plans to get the best electric plan for your family.

We make it easy for you to compare new electricity plans in Irving. Shop  https://www.texaselectricityratings.com and get the latest news, tips, and tools to help you sort through all the plans out there. Quickly find the best electricity plan for your home and start saving on your monthly electricity bills today!

Zip Codes with the Cheapest 4Change Energy Rates in Texas