Champion Energy got perfect scores on 3 of the 4 grading criteria that JD Power measured, which are Billing & Payment, Price, Communications, and Customer Service. Their total score was 756 out of a possible 800, improving on their 2011 score of 745. The Texas electricity industry average score was 678, which Champion exceeded by 78 points. Again, congratulations to Champion Energy.

Also performing well was relative market newcomer, Bounce Energy, which was founded in 2008. Bounce Energy was the only other Texas electricity provider to score the top 5 point ranking with a total score was 745. Bounce’s performance is particularly impressive when you consider that they are the youngest company on the survey to be included. Additionally, this was just their second year to be included in the survey at all, finishing last year with 681 points. So Bounce Energy also deserves a well-deserved congratulations for moving into a very strong 2nd place finish in just their second year in the JD Power survey.

StarTex Power had another great showing, finishing third with a total of 729 points. Also of interest to me was that both market incumbents and big name providers Reliant Energy and TXU Energy finished with marks below the industry average with scores 669 and 663, respectively.

The survey results weren’t the only things I found interesting in the press release, which also spoke about the general satisfaction with Texas electricity customers when compared to consumer satisfaction in regulated markets without choice. I’ll take a closer look at that this afternoon in a separate article. Full results below. 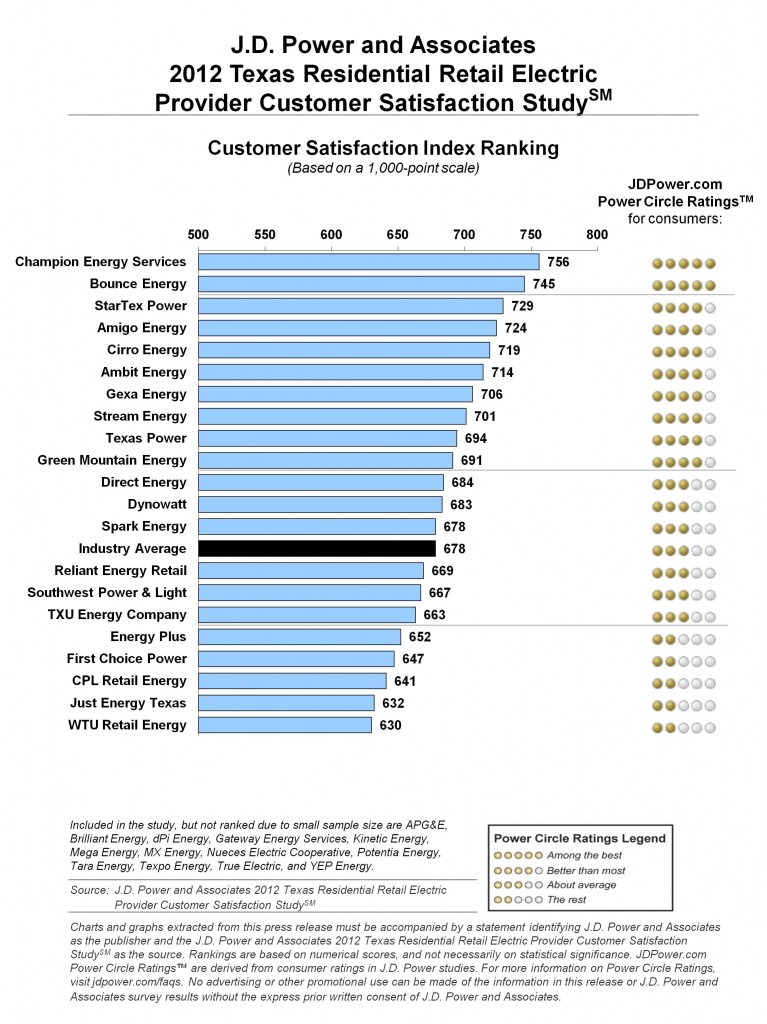